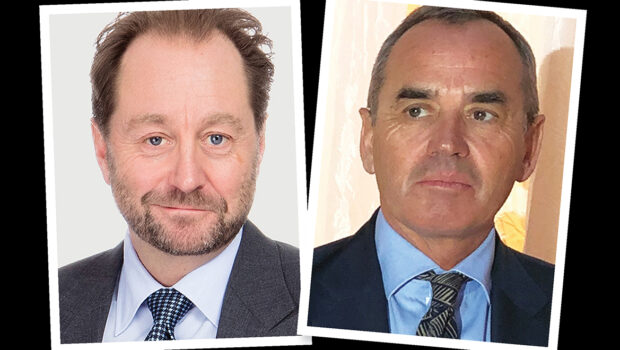 Kjell Inge Røkke from AkerBP (left) and Ian H Lundin to the right. AkerBP has bought up Lundin’s assets. The deal will allow the Lundin family control of 15 percent of AkerBP.
December 23rd, 2021 | by Egbert Wesselink

Lundin Energy sells out to AkerBP

The Chairman and former CEO of Lundin Energy have been indicted for complicity in grave war crimes committed with the purpose of securing the company’s operations in southern Sudan. The survivors of the crimes were thrown into extreme poverty and are seeking redress. After the takeover of its Norwegian assets by Aker BP, Lundin Energy will no longer be able to pay its debt to them.

The Swedish war crimes trial will hugely damage Lundin Energy’s reputation and business prospects. AkerBP offers the Lundin family and shareholders an escape as the deal disconnects their wealth from their debt to the survivors of war crimes. Only tiny remainder of Lundin Energy will retain the company’s moral, criminal and human rights liabilities.

The Lundin family and shareholders sidestep their human rights duties

The right to a remedy and reparation for victims of human rights violations is the uncontested cornerstone of the UN Guiding Principles for Business and Human Rights, to which AkerBP and Lundin Energy, as well as Norway and Sweden are committed. The merger with Aker BP will dramatically reduce the net asset value of the Company. The Swedish prosecutor has requested that the Court will forfeit MUSD 150 from Lundin Energy. The company will furthermore bear all costs and liabilities related to the indictment and its underlying circumstances. Aaccording to its Year End Financial Report 2021, Lundin Energy makes no provisions for any of these liabilities. The company’s fair share in reparation of war damages to people may amount to MUSD 700 million. After the AkerBP’s takeover, Lundin Energy will be stripped of its valuable assets and unable to pay what it owes to survivors of war crimes.

It is no coincidence that the AkerBP deal comes only five weeks after Ian Lundin and Alex Schneiter were formally charged with complicity in war crimes. A lengthy trial is inevitable that will expose additional evidence of Lundin’s criminal conduct and put pressure on governments and shareholders to ensure that victims of war crimes will no longer be left out in the cold.

AkerBP praises and welcomes Ian Lundin and his brother Lukas and will nominate Ashley Heppenstall as Director. Mr Heppenstall was Lundin’s CEO during the Sudan years. He was a suspect in the war crimes investigation until the Swedish prosecution decided to reduce the number of suspects. Nevertheless, AkerBP states that the combination with Lundin will positively impact its reputation. BP’s CEO Bernard Looney unconditionally welcomes and supports the proposed acquisition, raising questions about his company’s human rights due diligence process. Meanwhile, the business case for the acquisition is contested.

The deal is hugely advantageous for the Lundin family and Lundin’s shareholders. Its 2020 annual report acknowledges that the war crimes trial comes with substantial reputational and financial risks, including penalties, critical media coverage, and divestments. On top of that comes the risk of becoming an unattractive partner for governments. The takeover by Aker BP offers a way out of all that by legally disconnecting the company’s assets from their allegedly criminal origins. Ian Lundin and Alex Schneiter risk long prison sentences but Lundin’s shareholders will be getting away with two decades of wilful blindness to war crimes.

Will Norway stand up for war crimes survivors?

Not all is lost for the tens of thousands of survivors of war crimes. The AkerBP deal requires clearance from the Norwegian Ministry of Petroleum and Energy and the Norwegian Ministry of Finance. The core provision of the UNGPs is that companies must address their adverse human rights impacts. Stripped from its Norwegian assets, Lundin Energy will no longer be able to fulfil this duty. Unconditional clearance will therefore bring perpetual denial of the rights of survivors. To stay loyal to itself, the Norwegian Government should not allow this to happen. Norway should express support for the rights of victims of human rights violations, commission an independent assessment of Lundin’s adverse human rights impacts in Sudan, and ensure that Lundin Energy reserves ample funds to pay its debts to survivors of war crimes. 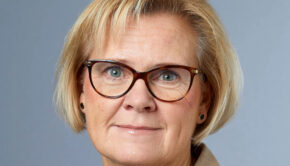 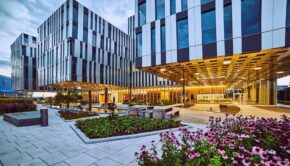