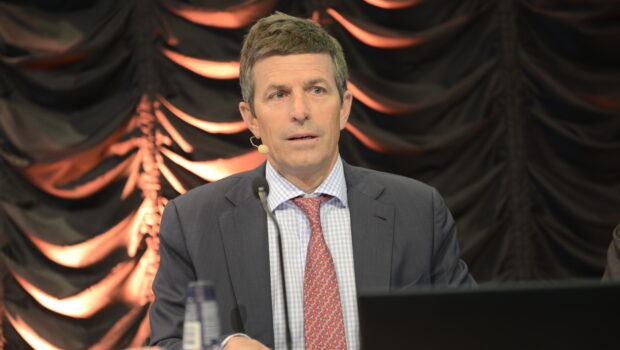 Alex Schneiter has appealed the court’s latest decision that Sweden can try him for aiding and abetting war crimes in Sudan. If the Supreme Court accepts his argument, it will have wide-reaching consequences on Sweden’s ability to try war criminals.

In November last year, Lundin Energy’s former CEO Alex Schneiter was charged together with Ian Lundin for aiding and abetting war crimes in Sudan between 1999 and 2003. Later that month, Schneiter requested the District Court to reject the indictment against him claiming that Swedish courts have no jurisdiction over him. The District Court swiftly rejected his request. Schneiter appealed to the Svea Court of Appeal who agreed with the lower court’s decision. On 28 February he appealed the decision to the Swedish Supreme Court.

Schneiter argues that Swedish courts do not have jurisdiction over him as there is no support in international law that universal jurisdiction can be applied over crimes committed in a non-international armed conflict or in situations when the accused is not voluntarily present in the territory of the State where he is indicted. If this argument is accepted by the Court, it will have wide-reaching consequences when it comes to Sweden’s ability to prosecute universal jurisdiction cases.

The argument that crimes committed in a non-international armed conflict cannot be prosecuted under universal jurisdiction is in stark contrast to Swedish case law. A number of crimes committed in civil wars, such as in Rwanda and Syria have previously been prosecuted on the basis of universal jurisdiction. As stated by Mark Klamberg, Professor of international law at Stockholm University, if the defence´s argument is accepted “it would not only prevent prosecution for war crimes in the Lundin case, but also render the conclusion that prior convictions in Swedish courts relating to war crimes committed before 2010 were erroneous, persons now in prison should have been acquitted”.

The defence referred to the fact that Alex Schneiter is a citizen of Switzerland, that he does not reside in Sweden and did not do so when the charges were brought. They state “it is not possible to apply universal jurisdiction by forcing people living abroad to come to Sweden in order to prosecute them for violations of international law that have taken place abroad”. In this case, there is a connection as the crime was committed together and in agreement with a Swedish citizen and the allegations are entirely due to his role as executive of a Swedish corporation. The company acknowledges this fact and pays his lawyers. Both the District Court and Svea Court of Appeal have referred to these connections between Schneiter and Sweden when they rejected Schneiter’s claim.

In theory, Schneiter’s concern is valid. Not requiring that there is a connection between the defendant and Sweden in universal jurisdiction cases could risk Swedish courts being overburdened with universal jurisdiction cases. There is however a solid procedure in place to prevent this from happening. Prosecuting a crime committed outside of Sweden requires the authorisation of the Government. There are no specific rules that the Government must follow when making that decision. Rather:

“the determination shall be based on balance of interests where different circumstances relating to the case at hand shall be considered, for example the gravity of the crime, the link to Sweden and, when crimes are committed outside of Sweden, the interest of the State – where the crime was committed – to prosecute the case.”

This procedure effectively prevents a floodgate situation from occurring as it filters out cases that Swedish courts are not suited to deal with.

Schneiter’s legal team are exploiting every avenue which could prevent a trial or delay justice. This time, they are attempting to undermine a principle that has been key to ensuring that war crimes don’t go unpunished.